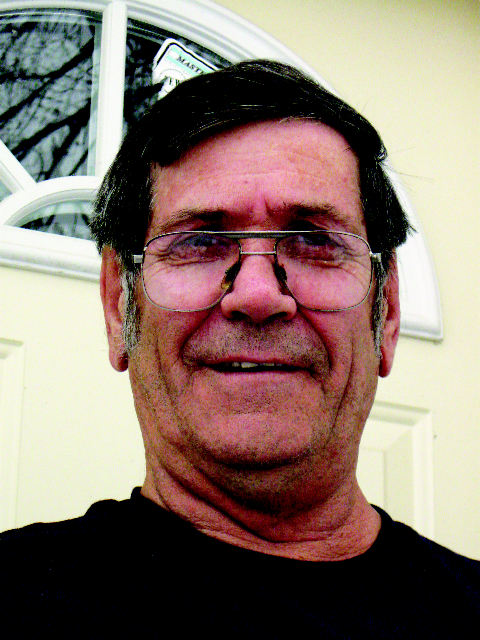 After getting six or seven doors shut in their faces, South Side missionaries Rus Lyons and Catherine Ficker came to a house Rus knew well: Nick and Bonnie’s place.

Typically, Bonnie would come to the door and offer friendly conversation while Nick stayed quietly in the background. One time a missionary had encouraged Nick to forgive his father and follow Jesus, but Nick had insisted that he wasn’t ready.

Nick answered the door this December day. A former coal miner from West Virginia, he stood on the top step wearing jeans and a flannel shirt. He had jet-black hair, a deep voice and thick glasses. He feared going blind and losing his driver’s license. He had some news. “I forgave my father,” he told Rus.

Then he started in on his familiar refrain: “I’m not ready to follow the Lord.”

“What would following the Lord look like to you?,” Rus asked.

“Giving up smoking and too much TV, plus attending church,” Nick said.

Rus pointed out that Nick was already following the Lord. It was Jesus who had inspired him to forgive his father.

“Nick, God wants to heal your eyes,” Rus continued, “but on one condition. You can’t say you aren’t ready to follow him—you already are!

“Tomorrow, when you get up, your eyes won’t hurt and have build-up on them. This will be a sign to you that you are ready. And don’t worry about how your whole life will change, just pray and fast and ask the Lord what you should do next.”

As Rus and Catherine prayed over Nick, he looked up and down Alabama Street. “Wow! I can see,” he said. “Really. It’s amazing.” He squinted and read the words on the cover of a Bible.

The next day, when he woke up, the film and pain in his eyes were still gone. He prayed like Rus said, and the Lord told him that he should go out in his yard and rake the leaves. The day after that, his eyes remained painless, but he couldn’t read anymore.

Rus and Catherine came back to visit him several more times, praying for his eyes each time. His pain is still gone and now he can read the large type again.

“He’s excited to see us now,” Rus says. “And he doesn’t say that he’s not ready to follow God.”