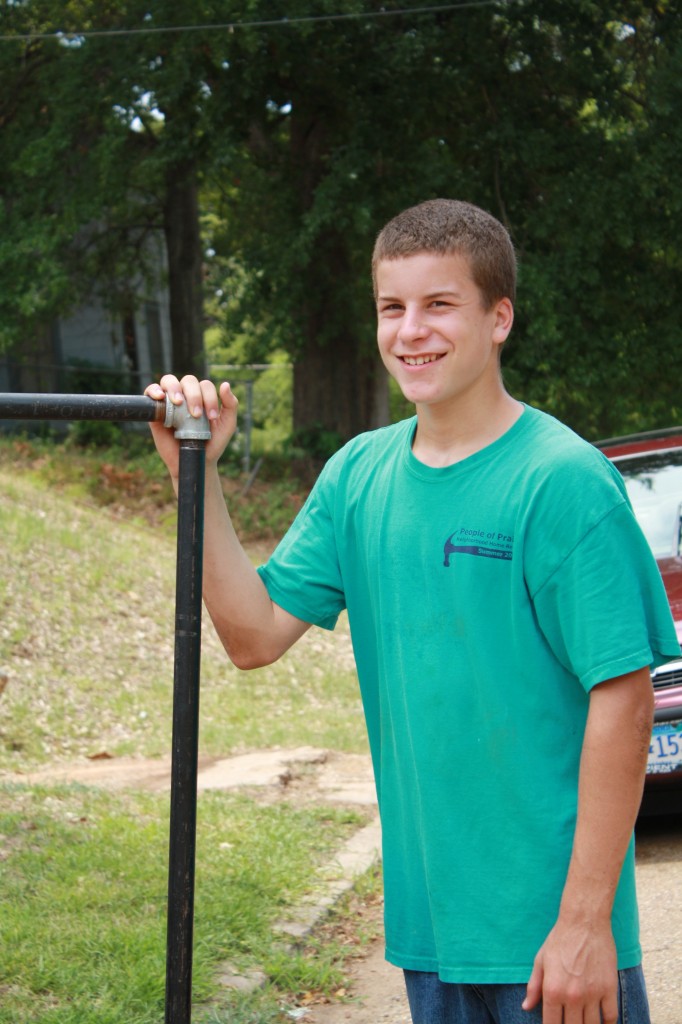 Joe Walker, a 15-year-old in the northern Virginia branch, has rebounded from a dangerous attack on his immune system that struck him in early June. By July he was hard at work repairing homes in Allendale. “This was a mighty work of God,” his mother, Carrie, says.

On a Friday afternoon in early June, Joe and Carrie had sat in the hematologist’s (blood specialist) office, where they learned that Joe’s white cell count had dropped down to .78. Normal is around 4. Joe effectively had no immune system, which made him vulnerable to infection. The doctor recommended he stay away from crowds for the weekend, which meant missing graduation parties and the branch’s Pentecost meeting. Upon hearing the news, Joe’s father, Steve, left a meeting at the Pentagon to be with his family.

The first signs of trouble had come earlier in the week. For two nights in a row, Joe had slept only fitfully and woke up aching all over, particularly his head and jaw. “I felt miserable,” Joe says, “so it was a blessing that I had a doctor’s appointment already scheduled.”

The doctor thought his symptoms could indicate Lyme disease, West Nile virus, or even meningitis. Then a blood test revealed that Joe’s white blood cell count registered at half of normal. Perplexed, the doctor sent him home, with instructions for Carrie to keep watch for signs of meningitis.

Around midnight Joe’s headache and the pain in his jaw both worsened, and he started having a fever and tremors, so Carrie took him into the emergency room. Tests ruled out meningitis, but Joe’s white cell count had dropped even lower. Though he thought it might be a virus, the E.R. doctor also prescribed antibiotics. They returned home in the early hours of Friday morning. Later that day was their encounter with the hematologist, who recommended that Joe get tested for leukemia the next Monday.

Over the weekend, Carrie, Steve, their four other children still at home, plus three household members prayed over Joe for healing. Principal branch coordinator Lek Kadeli and his son Gjon came to pray as well. Monday, several other branch members met Joe at the hospital to pray with him. “By then I was feeling pretty good,” he says.

A blood sample taken before doctors began the bone marrow biopsy procedure revealed that Joe’s blood cell count had risen to over 3. “The doctor seemed surprised,” said Carrie, “and my mouth hung open.”  The bone marrow biopsy showed no sign of leukemia, or anything else wrong.

At one point later, Carrie asked the hematologist, “So can I classify this as a miracle? Many people were praying for Joe.” “People have very different ways of looking at things,” the doctor replied. She explained that a virus could attack one’s immune system and lower one’s white blood count, but then it usually doesn’t drop as low as it did in Joe’s case, nor would it bump up so high so quickly. Both changes surprised her.

After a few days, Joe said he felt pretty much normal. “I think it must have been a virus that caused the problem,” he says, “and I feel like God had something to do with me getting well.” Carrie agrees, saying “God’s hand was all over the situation, using all kinds of people to protect us every step of the way.”