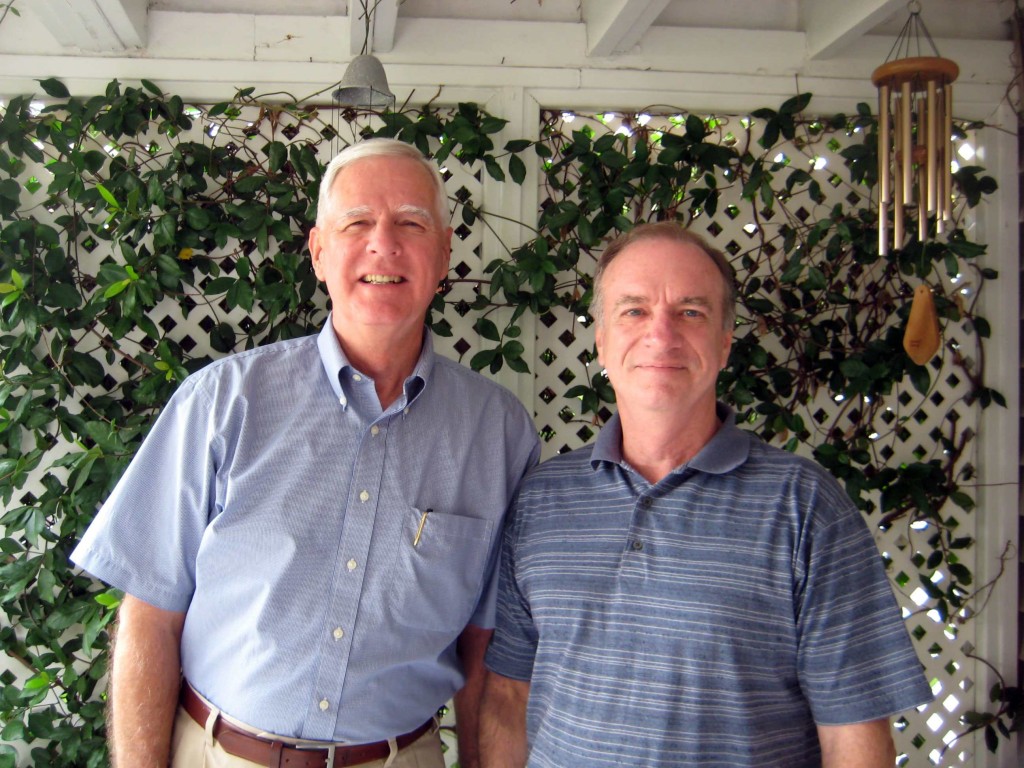 Lloyd Mehaffey began serving as the principal branch coordinator for the New Orleans branch on June 15.

He follows Mike Coney who has served for two consecutive six-year terms as PBC. Mike continues to serve on the community's board of governors and as the coordinator responsible for the Biloxi, Mobile and Shreveport branches. He says he is looking forward to serving the New Orleans branch however he can in the future.

“Lloyd is an experienced branch coordinator,” says Kevin Ranaghan, chair of the branch relations council. “I have always been impressed by his deep understanding of our community life, which will be a big help to him and the other brothers and sisters.”

Born and raised in New Orleans, Lloyd has been a member of the branch since it became part of the People of Praise in 1986. Lloyd and his wife Kathy were also members of the group that preceded it, the Community of Jesus the King.

During his years at Hendrix College in Conway, AR, Lloyd started interdenominational prayer meetings on campus and did street witnessing in nearby Little Rock. “I always thought the Lord was ecumenical, so why shouldn’t I be the same way?,” he asks with a laugh. In the last few months, Lloyd, Kathy and other branch members have occasionally visited a local park to evangelize and pray with strangers.

As vice-president and part owner of Mehaffey & Daigle, Inc., he sells industrial raw materials to plastics, pharmaceuticals and chemicals companies in five states, which requires a day trip every week or two. Lloyd and Kathy have six children, ages 15-30 (Dan, Kathleen, Stacy, Emily, Shannon and Megan), two still at home. He has a strong baritone voice, and for many years Lloyd sang in the branch’s music ministry.

“I am extremely happy Lloyd will lead us,” says Bill Wiltz (New Orleans). “He’s a one-of-a-kind guy and one of the main reasons I’m in the People of Praise. He’s never too busy to help and was on the phone with me almost every day of the nine months we were out of our home due to Hurricane Katrina.”

During Mike Coney’s twelve years as head of the branch, Hurricane Katrina was a defining moment, says Tom Evans (New Orleans).  “I clearly remember our first branch meeting after Katrina. We had all been dispersed over several states for about six weeks. It was Mike who contacted us all to ‘Come on home’ for a Lord’s Day celebration and community meeting at his home, which had escaped flooding. All of us who could make it, did, and we had a joyous reunion, everybody catching up on everybody else’s stories. It was a wonderful moment for us all, and Mike presided.”

Branch member Phil Slattery notes that Mike has always been a strong leader in the branch. "And after serving as a coordinator for around 20 years, Mike isn’t looking forward to a rest, but for one more way to serve.”

Kevin says that Mike wears many hats very well: husband, father, grandfather, deacon, lawyer and coordinator. “He combines wisdom with a pastoral gift that is life-giving. He has a passion for branch unity that was very evident in the aftermath of Katrina. We’re fortunate that he will continue to serve on the board of governors and, with his wife Linda on the branch relations team.”

Branch member Elaine Chetta comments that Mike is very generous man, using his time and talents for God’s glory. Her husband Nick agrees, pointing out the time Mike opened his house up to their family during Hurricane Georges in 1998.

“Mike did a great job, and I trust Lloyd to do the same,” adds Tucky Argus. "I’m very peaceful, grateful and happy in this time of change."