"You Came At My Lowest Point" 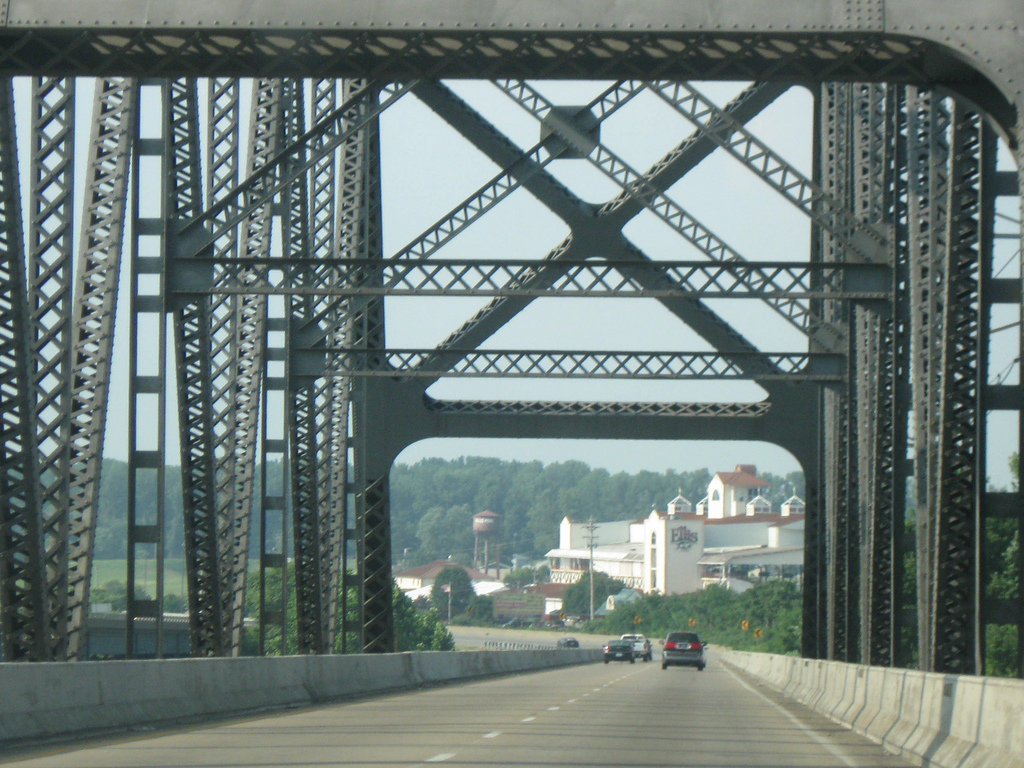 A bridge over the Ohio River near Evansville, Indiana.

A goateed man named Mark motioned Evansville missionaries Peter Putzier and Mary Grams into his house with one hand, pressing a cell phone against his ear with the other. He hung up the phone and launched into the sad story of his last few months: a fall at work leading to an injured back and knees, losing his factory job, separation from his wife and two sons and heavy drinking.

“I’m afraid I’m going to do a really bad thing,” he kept repeating. “You know what I’m talking about.”

Peter had no doubt. He was talking about ending his life.

Peter assured him, “The Lord has sent us to help.”

The two missionaries prayed with Mark for healing of his knees and back, and they cast out evil spirits of fear and despair.

Mark knelt down on the floor, littered with empty Diet Coke cans and food wrappers, while Peter led a prayer of rededication to the Lord.

Peter and Mary taught Mark a cheerful tune, “The Lord is my light, the Lord is my salvation, the stronghold of my life, whom shall I fear?”

Mark sang it over and over again. “It was the only time I saw him smile that day,” Peter recalls.

Peter returned to the house the next week, this time with missionary Liz Loughran. (Liz has since returned to college.)

Mark said he had been talking to his professional counselors more often than he had before, and he saw hope in the return of his two sons for a visit.

Peter taught him the rudiments of having a personal prayer time, and he and Liz introduced another song. But Mark only wanted to sing “The Lord Is My Light,” and he insisted that the missionaries write down the words.

“You and the other gal saved my life last week,” he said to Peter. “You came at my lowest point.”