In Evansville, the Word is Getting Out 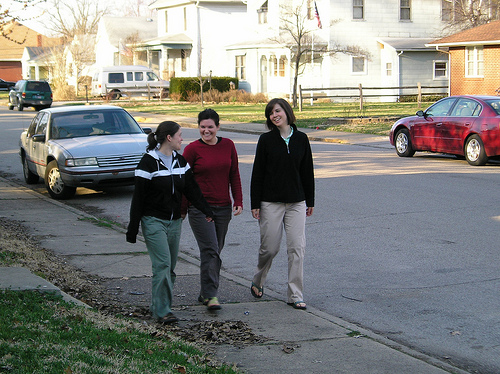 Joe Bulger and Mary Timler moved through an Evansville neighborhood dotted with trailers, dirt lots and modest homes. Two women—Bethany and Stephanie—sat on a screened-in porch, talking. The missionaries knew Stephanie already and joined in the conversation.

When the talk turned to cancer, the missionaries told a story from the day before. A woman with osteoarthritis in her neck had been healed of severe pain. “It’s all gone,” the woman had said after they’d finished praying.

As the healing story tumbled out, Bethany looked surprised and then she started talking excitedly.

“I have a friend who has a whole group of Christians living up the street from her,” she said.

Joe and Mary looked at each other. Now they were surprised.

Bethany continued, “They just prayed with her for her shoulder and it was healed.”

Mary made the connection. “Oh, you know LeAnn, too!”

Bethany looked at Joe and Mary. “That was you all?”

Sure enough, a few miles away on the other side of Evansville, the missionaries and LeAnn are neighbors. Bethany and LeAnn are old friends who talk on the phone daily, so LeAnn had naturally told Bethany about the Christians who had invited her over for dinner and prayer meetings, and had prayed with her shoulder for healing.

“Bethany still lives in my old neighborhood,” LeAnn explained to the missionaries later. Then LeAnn agreed to go there with the missionaries sometime and talk with her former neighbors about the Lord.

“When we go through a neighborhood, we don’t always knock on every door,” Mary says. “But the Lord is leading us to the doors he wants us to knock on.

"We aren’t yet concentrating on a single neighborhood for our missionary work. We’re fanning out in different areas and now people in many neighborhoods know us. It’s wonderful to see our efforts bearing fruit across the city.”