Kingston Campout for Men and Boys

Ten men and 16 boys pitched tents near the Laughing Waters River in Jamaica’s Cranbrook botanical gardens for a few days of camping and relaxing in early May. The group carved drinking cups from bamboo and made their own kites, though only Locksley Robinson’s managed to stay aloft. (Photo credit: Kevin Rodriguez.) 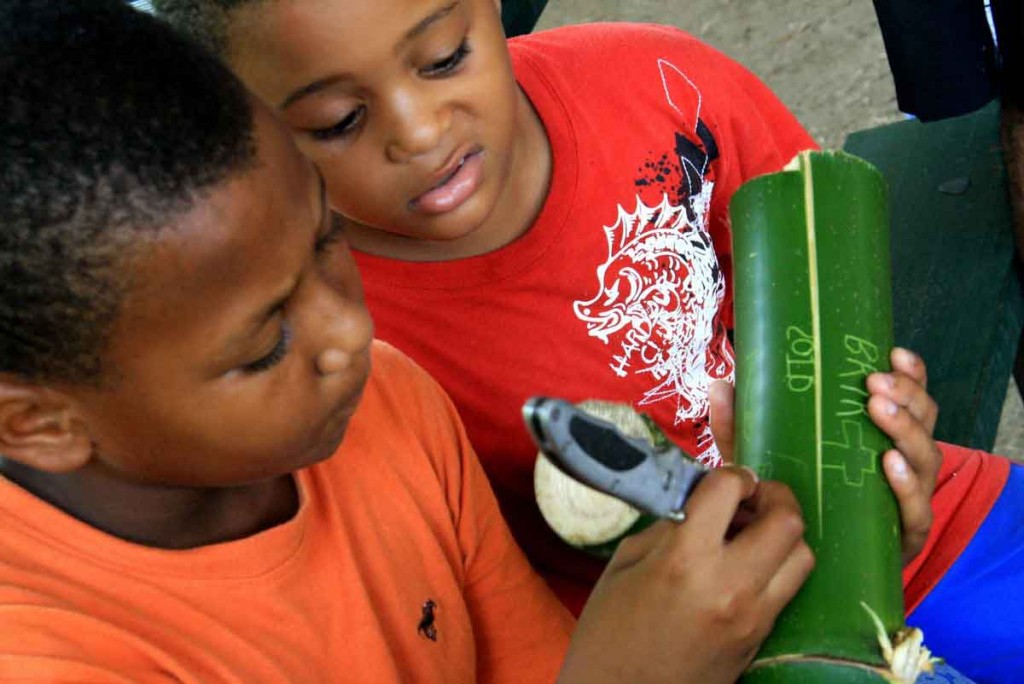 Brik and Alex etch a design into a bamboo cup. 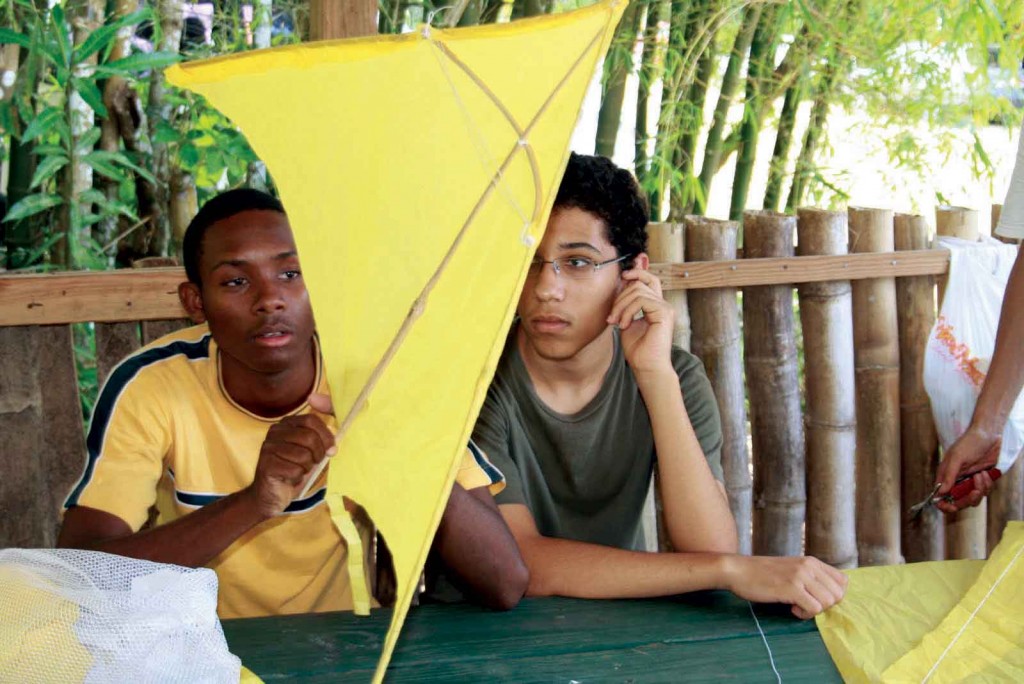 Jason and Joseph build a kite. 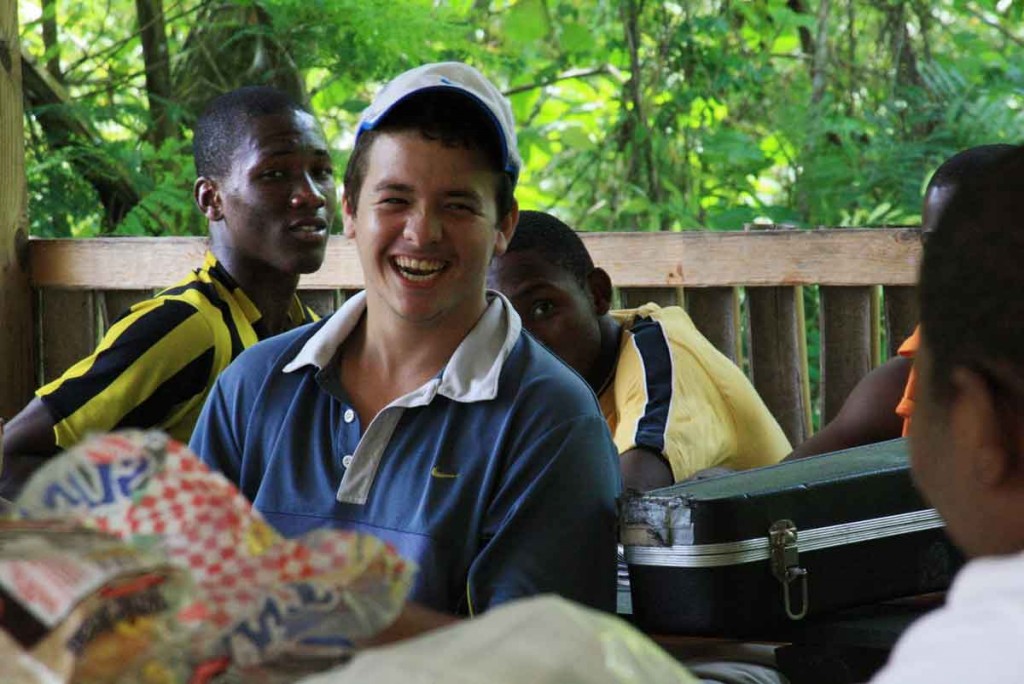 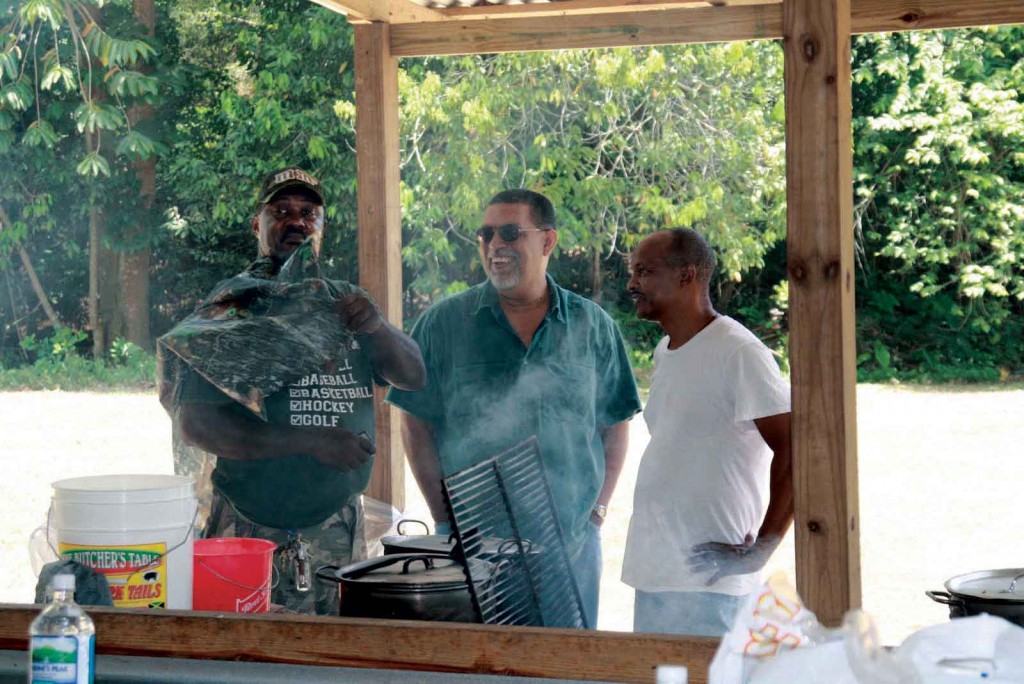 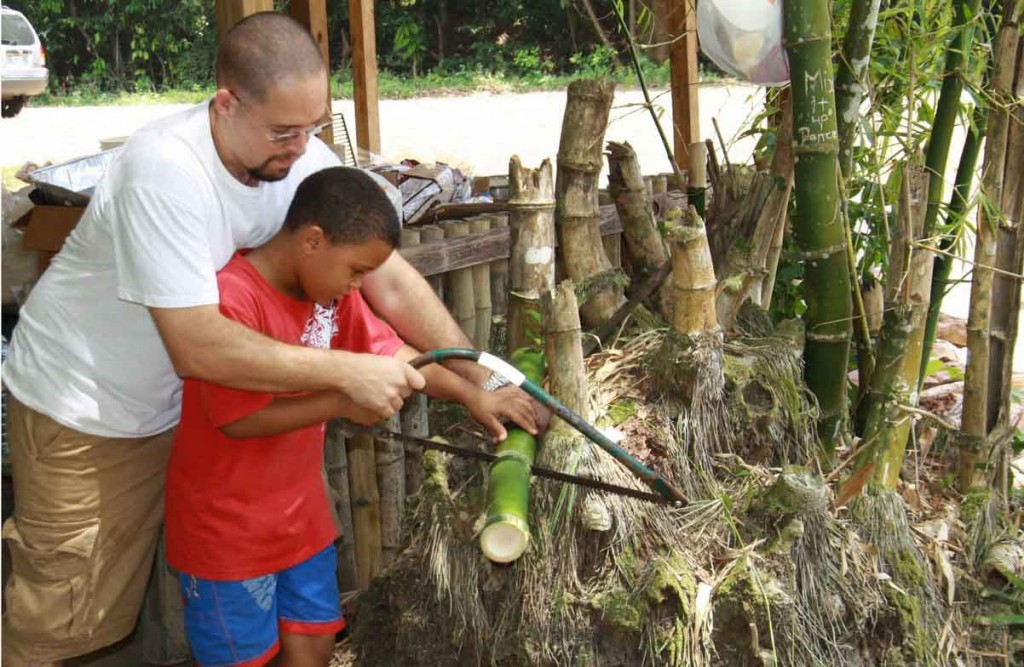 Kevin Rodriguez helps Alex saw through a bamboo shoot in an effort to make a drinking cup. 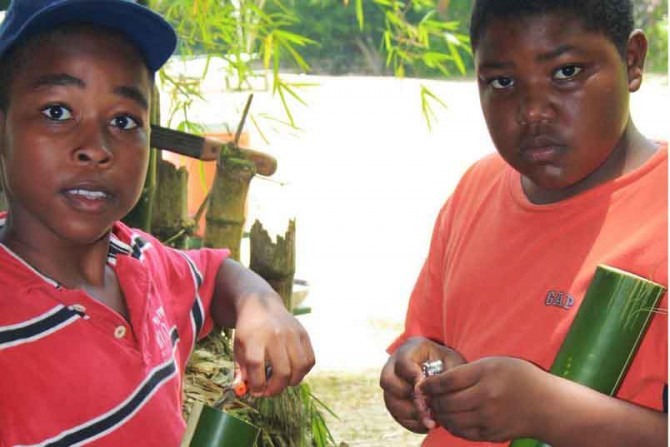 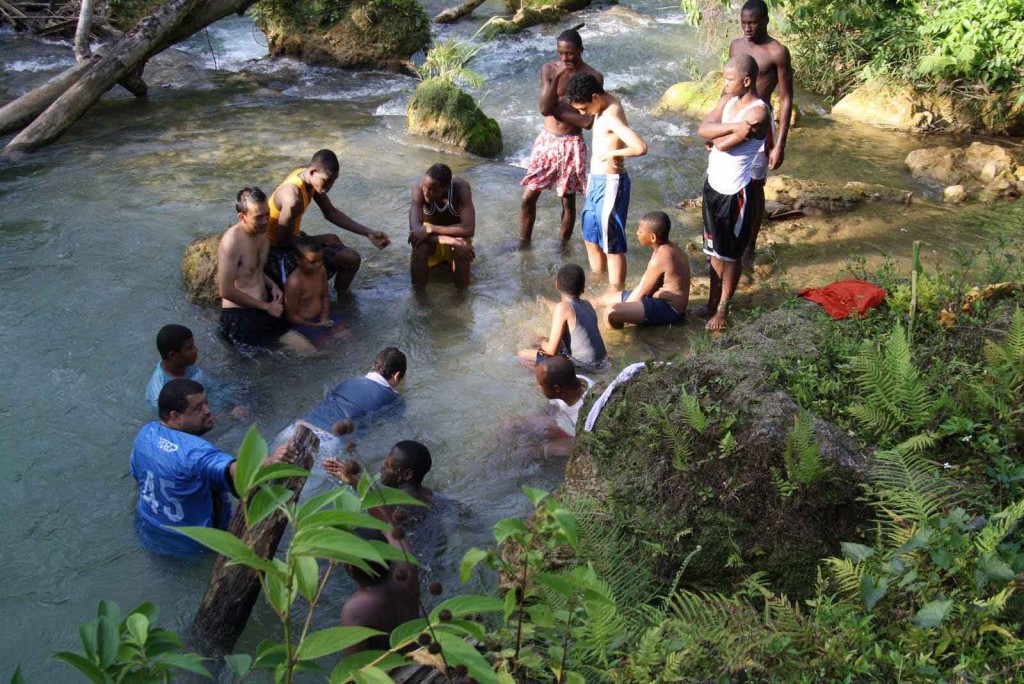 Campers compete to see who can hold their breath the longest. Kevin Rodriguez holds the record, 1 minute and 45 seconds, set in 2009. 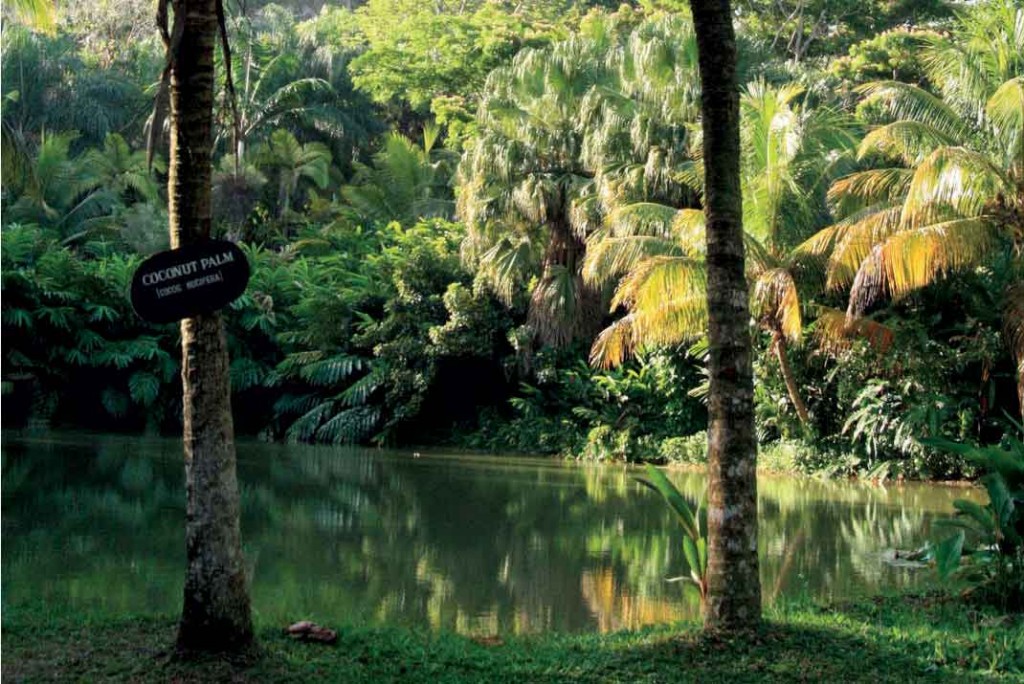 Coconut trees surround a fishing pond near the campsite. 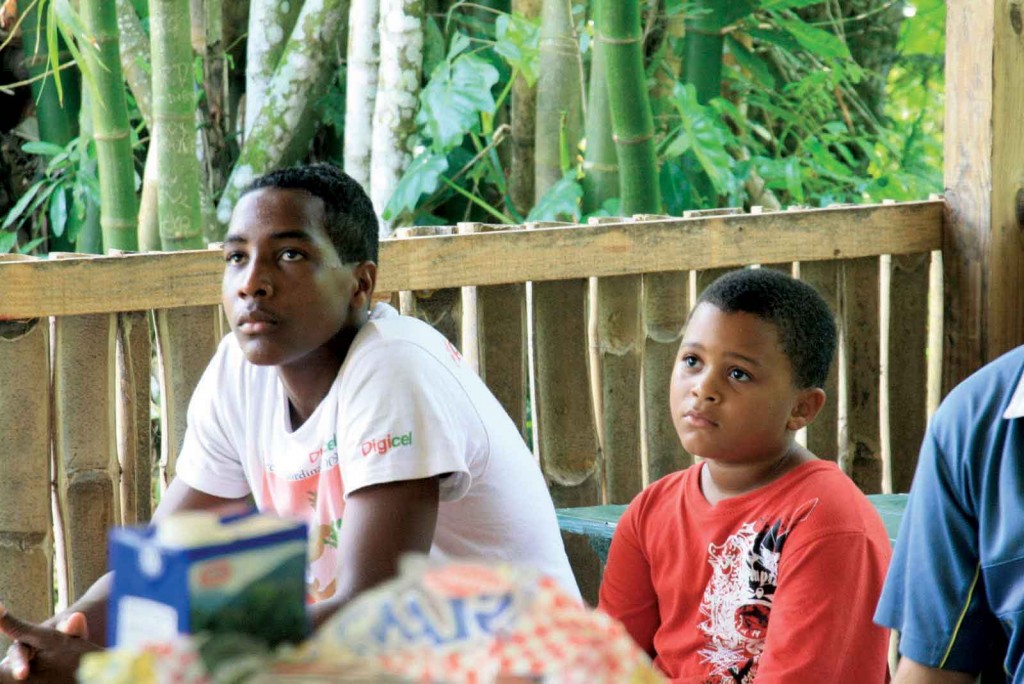 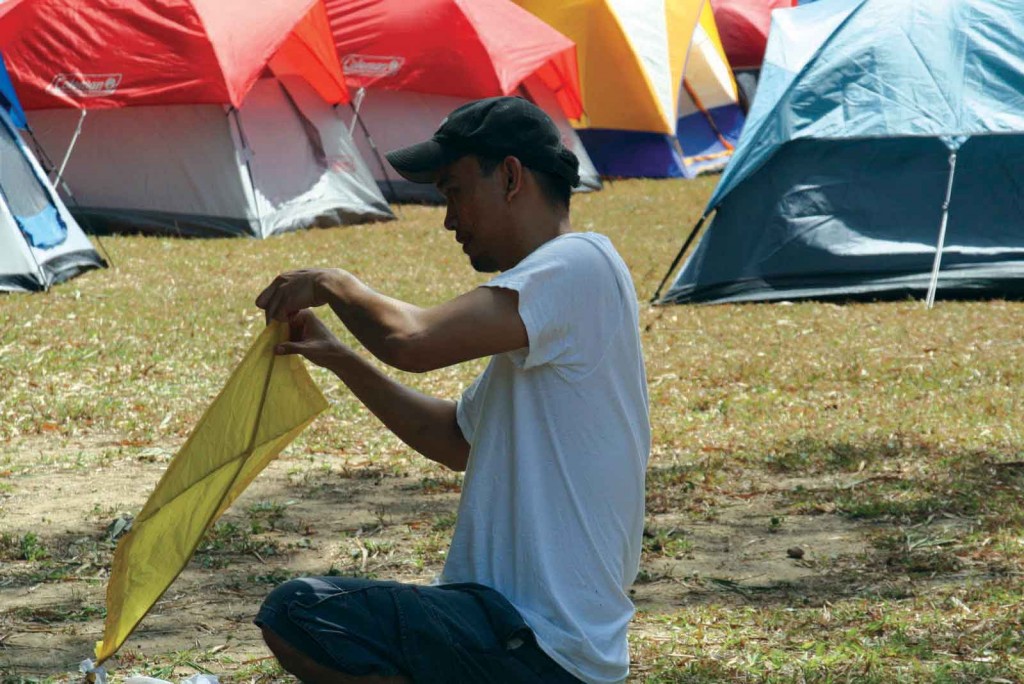 Joseph Mutidjo works on his kite. 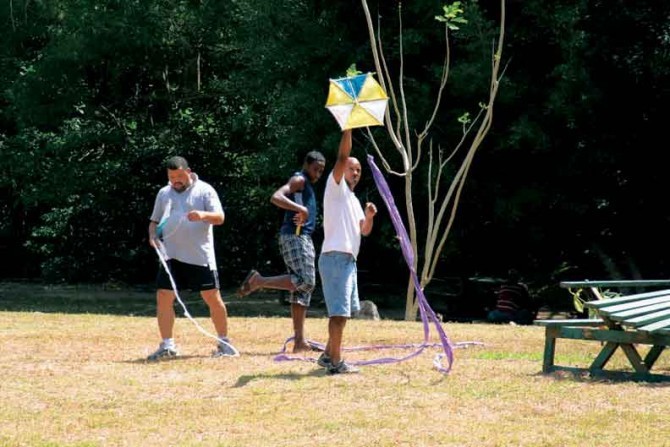 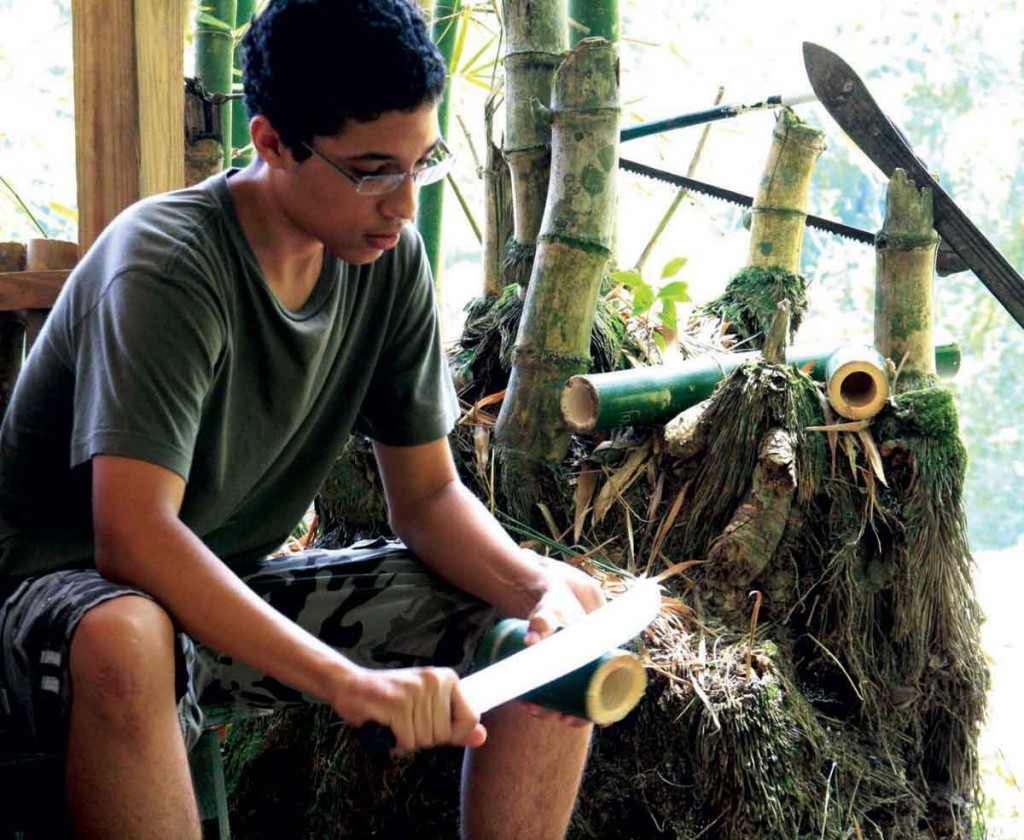 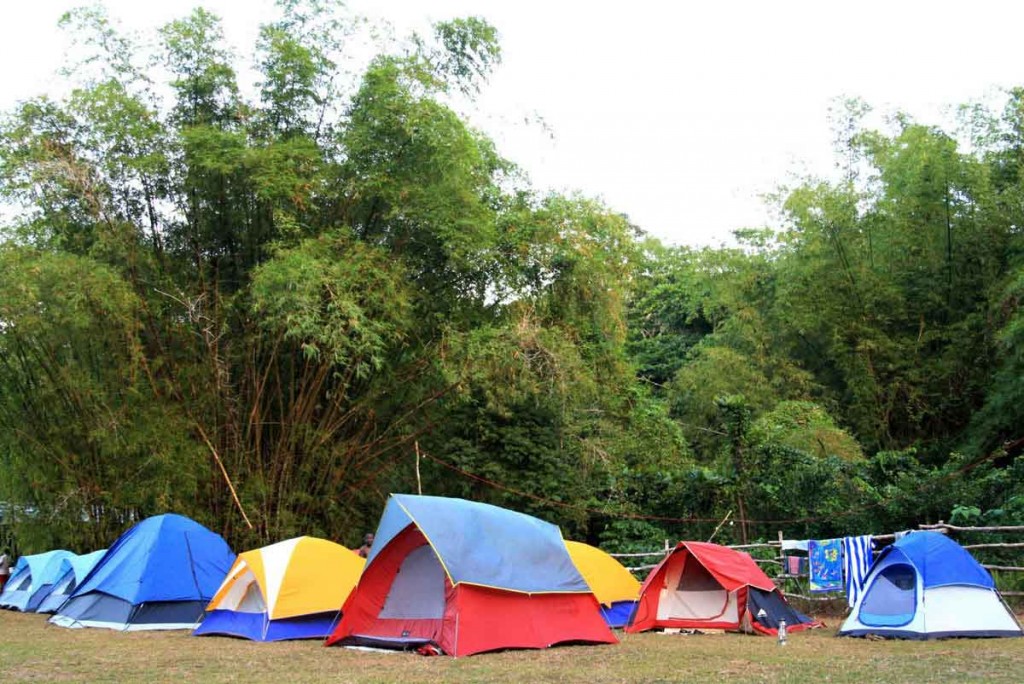 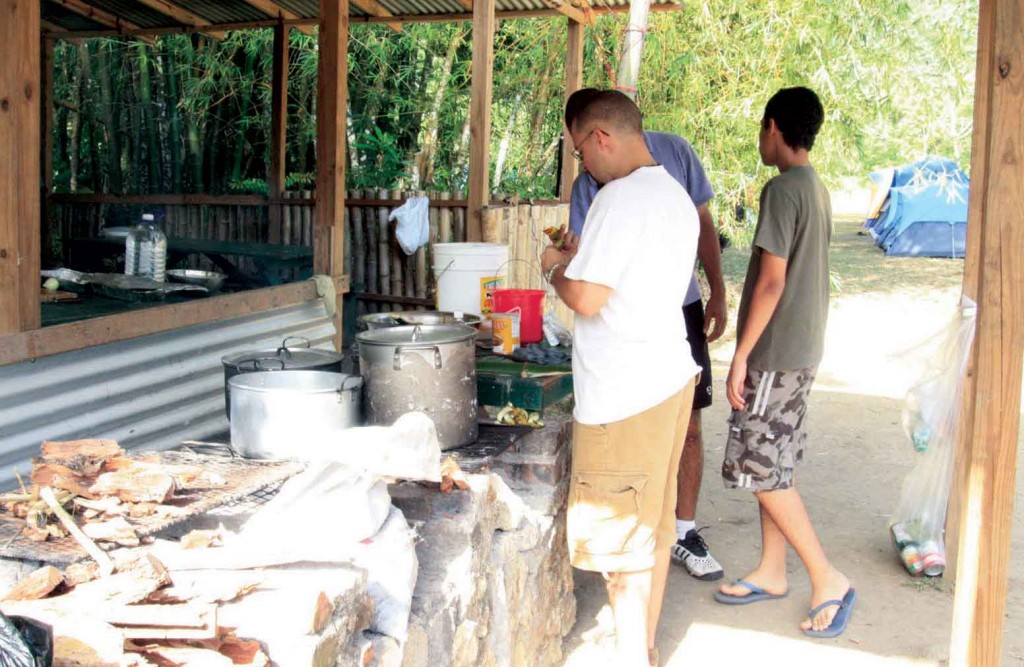 Kevin Rodriguez, Joseph and Kevin prepare breakfast for the campers. 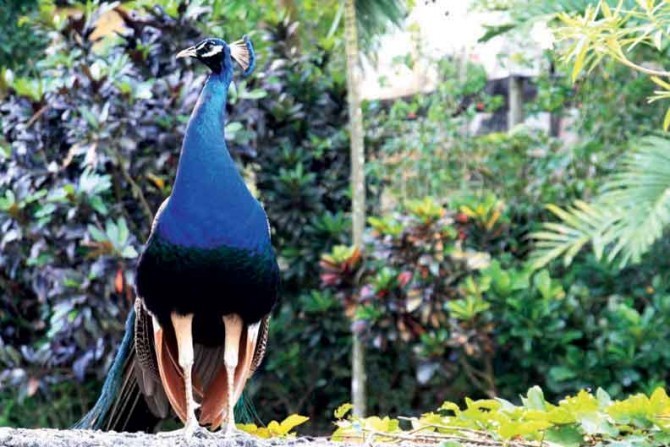 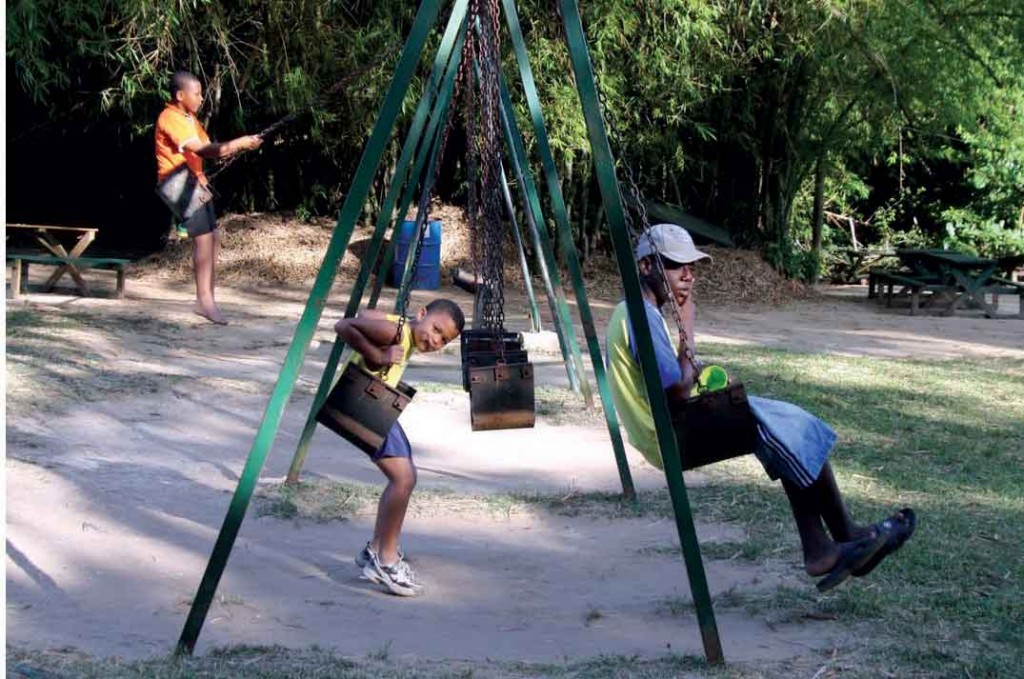