Cooking Up Smiles at Praise Academy 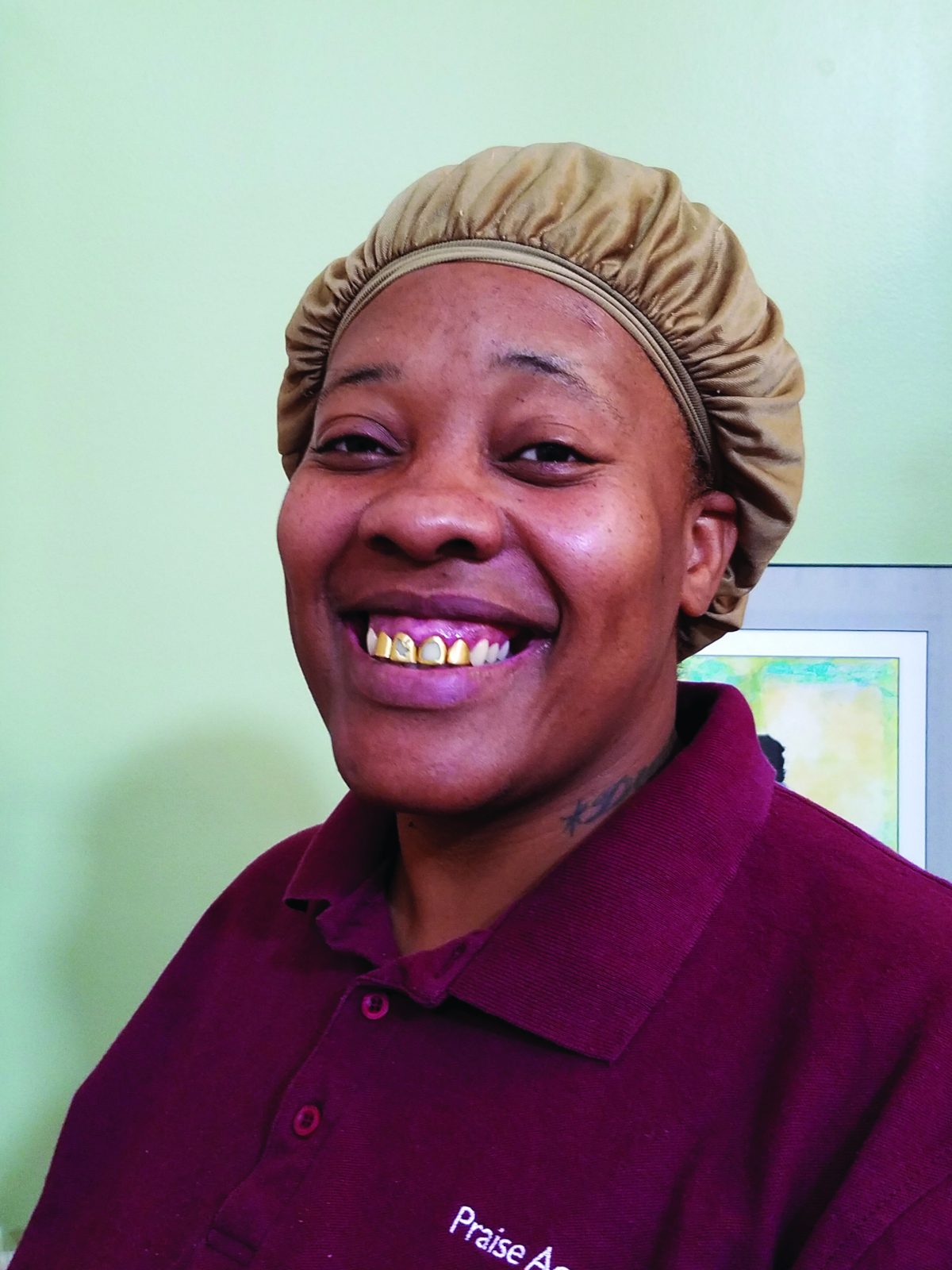 Angie Scroggins and her infectious smile.

Angie Scroggins has a beautiful face, with a strong jaw, sorrowful eyes and a smile that flashes golden teeth. She’s a longtime resident of Allendale, married, with three children, all teenagers. She’s the cook at Praise Academy and, more than that, the school’s top recruiter. Six of the school’s 14 students are her relatives.
“The parents come in, saying, ‘Angie said this was good, so I’m going to bring my kids here,’” explains Joan Pingel, the principal of Praise Academy. “Her family respects and trusts her. That’s why they came.” 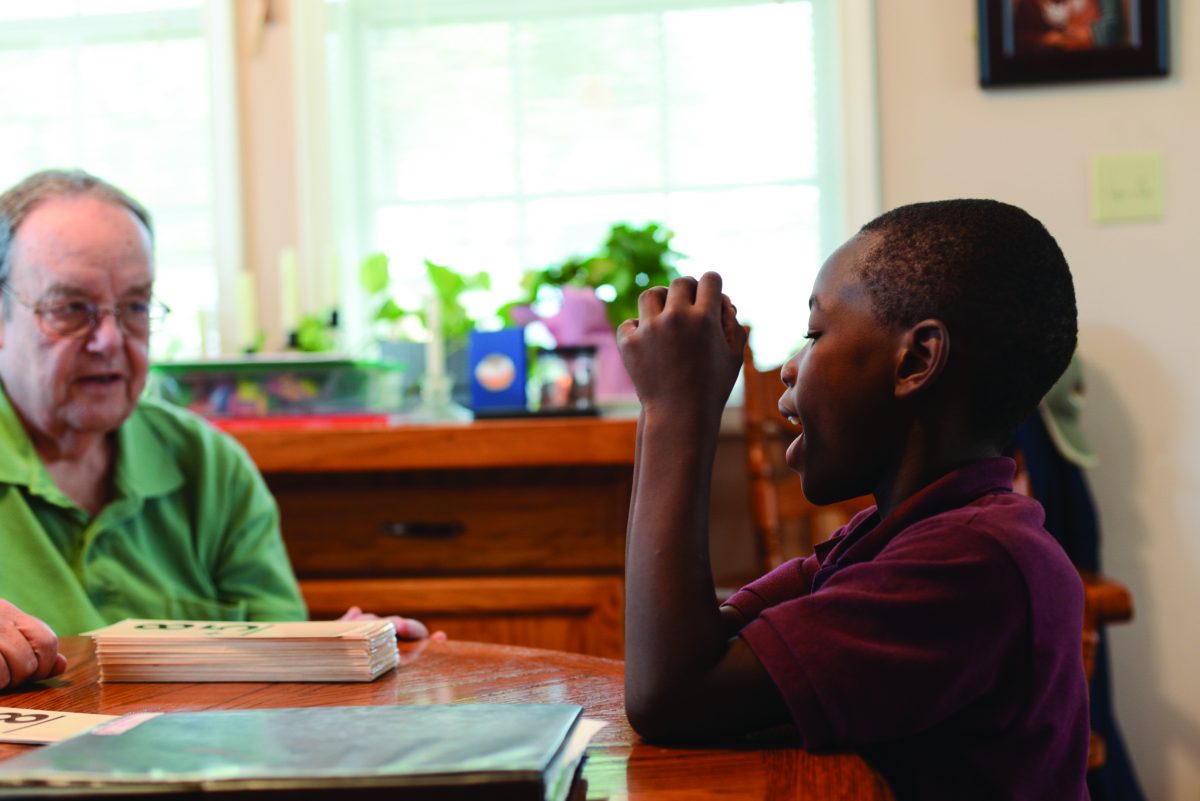 CIM team member Pat Malone tutors two boys in math at his home.
Angie feels the value of education in a personal way. She left school after junior high so she could help her mom take care of the family. When she was 19 her mother died, leaving Angie as one of the primary caregivers for her younger siblings. She’s been cooking since the age of seven, when she had to learn to feed the 18 people living in her house. She can remember her stepfather fishing through the dumpsters at McDonalds, looking for discarded burgers so the family could eat.
She knows how to make do. “You just put me inside a kitchen with anything, and I’ll make something out of it.”
The community’s relationship with Angie got off to a rocky start. Eight years ago, one of Angie’s children was coming to our summer camp in Allendale. One day, he left camp early by himself and returned home, but Angie wasn’t there. A city marshal stopped by for a routine check of the house, where Angie was running a daycare. When the marshal found the unattended child, Angie had a lot of explaining to do. Upset, she stopped sending her son to camp. But each day camp leader Jeanette Duddy would go to Angie’s house, hoping to reconcile with her and bring her son back to camp. “Jeanette was consistent,” Angie recalls. “I just got tired of her coming, and I said, ‘You know what? Go on and take him.’ I had seen that she really loved him. It was just a mistake. We all make mistakes.” 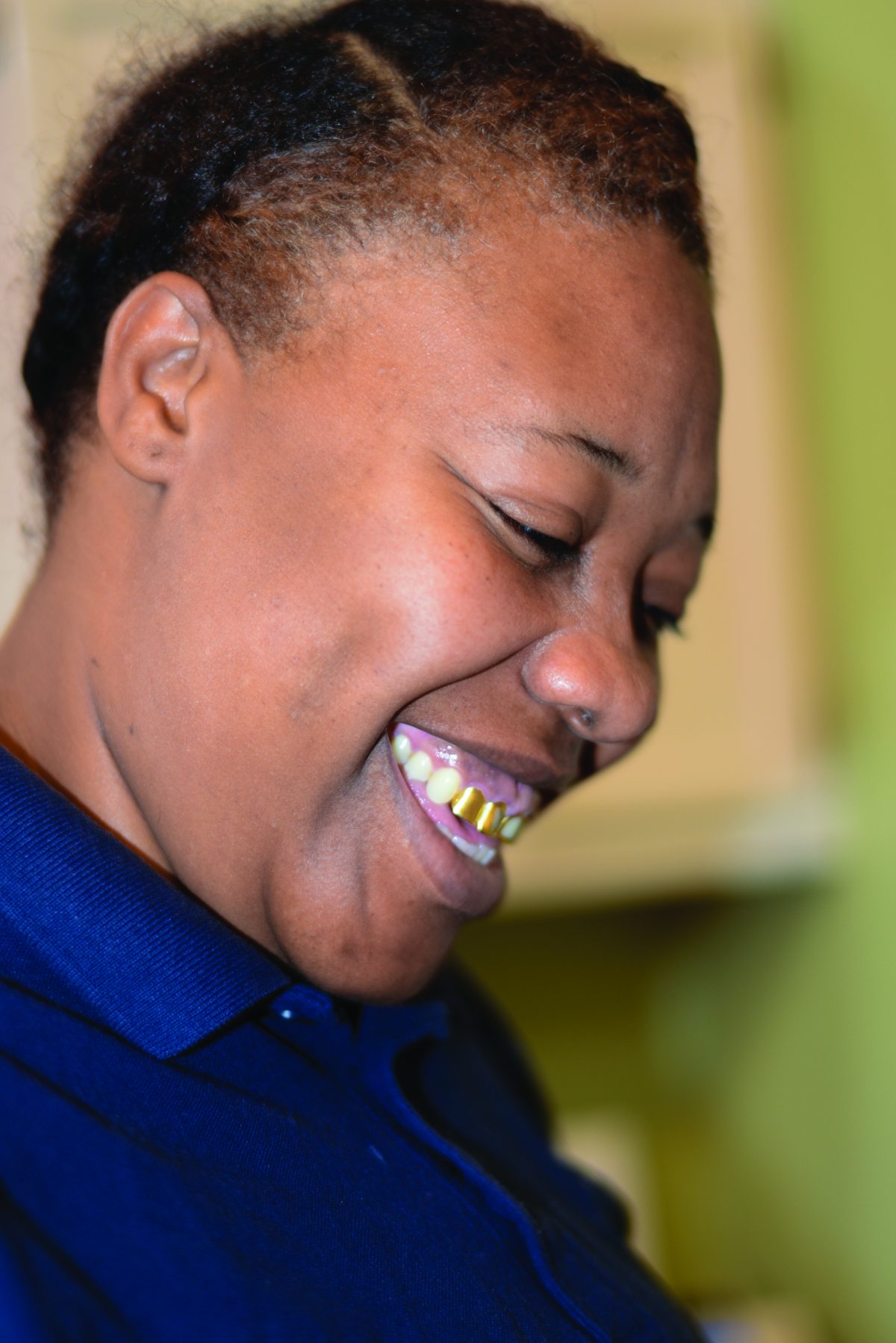 Angie prepares lunch for the students daily.
The next year, in 2009, Patti Deakin brought Angie some soup when she was sick with what looked like pneumonia. After a few visits, Patti noticed that Angie wasn’t getting better, so she took her to the hospital. The doctors found kidney stones and operated on Angie to remove them. “I woke up and saw three ladies,” Angie recalled. “Miss Patti, Jeannette and Laura [Brummer]. I was just grateful for someone being there with me.”
Over the years, Angie’s children became a regular part of our summer camps, and her boys, Shamareio and Demarlo, often brought their bikes to Gerry Deakin’s house for repairs. Her daughter Jabbareanna spent so much time with the single women’s household that Angie, wanting her to study harder, used to tell her, “You can’t move in with them unless you graduate from high school!” 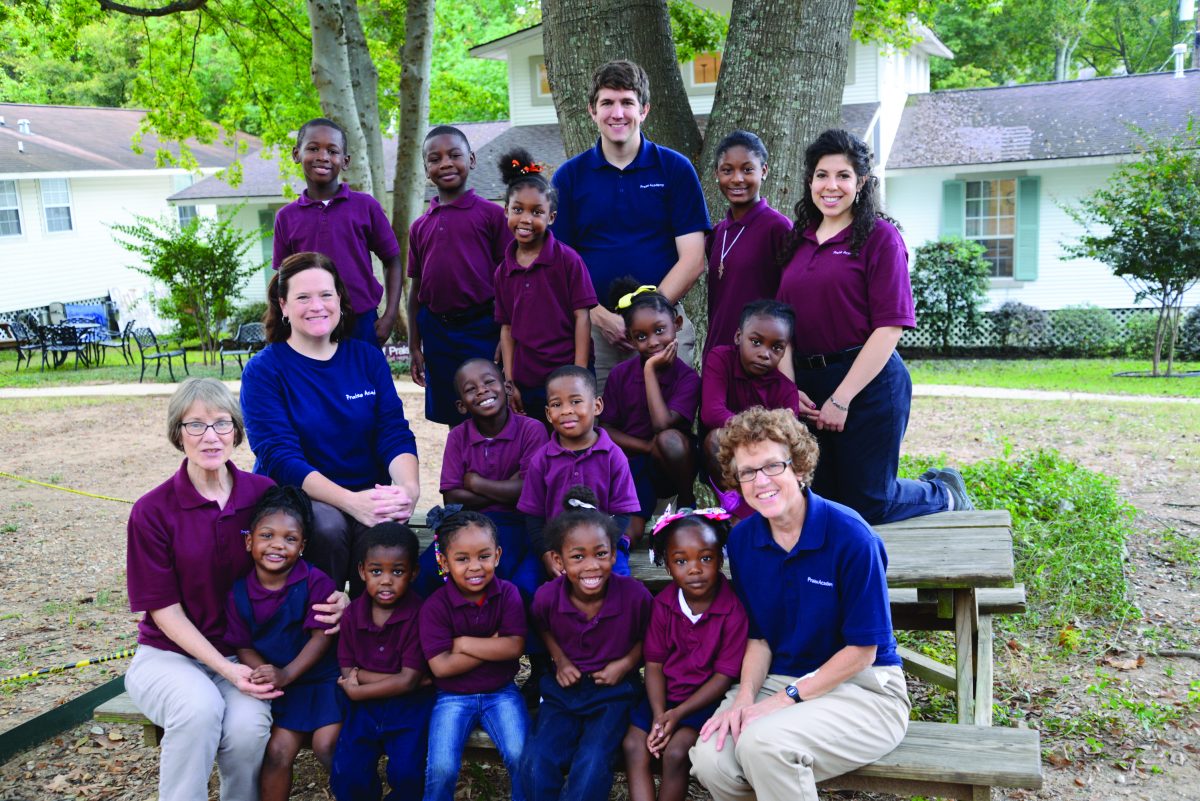 Praise Academy 2016-17. Faculty include (from top, clockwise) Kevin McShane, Gianna Priolo, Lori Twining, Mary Beckley and principal Joan Pingel.
When CIM team members first started talking with neighbors about the school in 2011, Angie was excited for her own kids to come, but by the time the school’s doors opened her kids were too old. Angie told Patti she still wanted to help, and Patti suggested that she take on some of the cooking. Angie eventually offered to make lunches for the students each day.
She cherishes the requests that the students make for her green beans or her hamburgers, and laughs when she recalls a day when one of the little girls piped up during lunch, saying, “It’s quiet in here.” “I know,” Angie replied. “It’s cause everybody’s enjoying the meal.”
She makes other contributions besides her cooking. If students are misbehaving, oftentimes a look from Angie is enough to set them back on course.
“Even if I’m having a bad day,” Angie says, “I can make somebody else smile. I give them something to eat, and they smile and be thankful for that—that will make me happy.
“My babies are depending on me.”