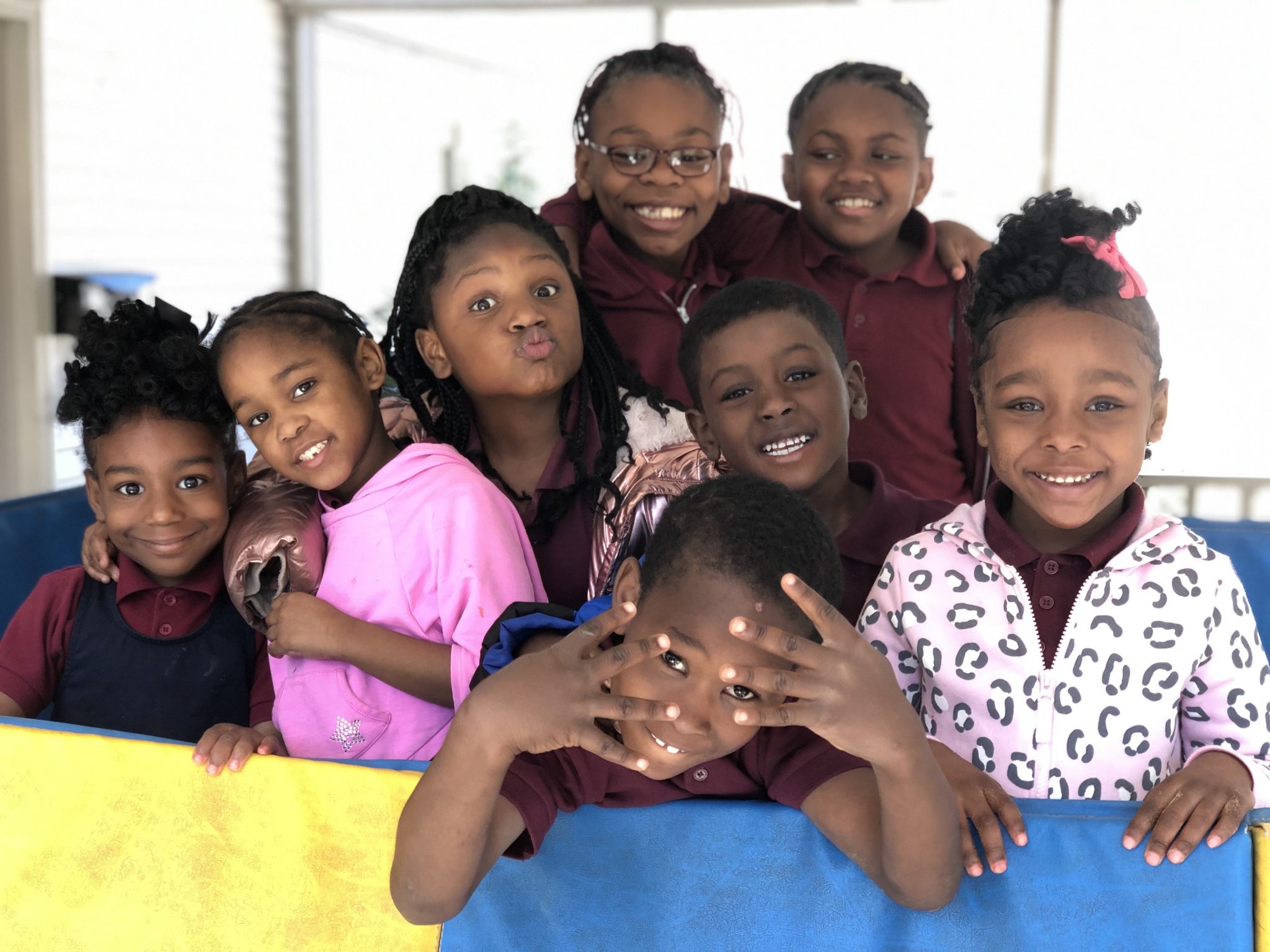 Several weeks ago, I got a call from Joan Pingel, the principal of Praise Academy. She told me about a healing story involving one of the school families. It had to do with a student I’ve taught in the past. I decided to give the mom, Connie, a call and hear more of the details.

Connie told me she had been with her kids for the afternoon and was also taking care of several of her nieces and nephews, all of whom have attended our summer camps in Allendale. Suddenly, her eleven-year-old niece began having a seizure and became unresponsive. Connie said this girl was never known to have had a seizure before.

The other children in the house began screaming and crying, and Connie sent them out of the room to calm them down, while she called 911. But due to some confusion about the address, it took the first responders 25 minutes to arrive. Meanwhile, Connie’s niece continued seizing--shaking and not responding to Connie.

In the midst of the chaos, Connie’s son, Dewayne, a six-year-old Praise Academy student, re-entered the room. He walked towards his cousin, stretched out his hand and silently began to pray with her. In less than a minute the seizure stopped. Dewayne calmly turned and walked back out of the room. Connie called out to her niece, and the girl responded, “What?” She was fully alert and had no idea anything had happened. She told Connie, “I just felt someone touch me, and I woke up.”

Moments later, the first responders arrived. They checked the girl’s vitals, and everything appeared normal. They said she had no signs of having had a seizure, but when Connie showed them a video of the event, they agreed that she had had one.

They brought the girl to the hospital, where she had various tests done, which also showed no abnormalities. Since then, Connie says she has had no problems or recurrence.

Connie later asked Dewayne what he had prayed over his cousin, and he said something along the lines of, “I asked Jesus to come and be with her, to help her and wake her up. And I prayed the coronavirus would end.”

I wasn’t surprised that Dewayne would act with such faith. He prayed the way we often pray with one another at Praise Academy, and I’ve actually had Dewayne pray with me. There have been a few occasions where I was coming down with a headache or feeling sick, and I asked him to pray with me, and I felt totally healed.

But there’s more to this story than just the healing. There was a teenage girl who had been in the room as well. She’s a family friend of Connie’s who has told Connie’s family that she doesn’t believe in God. But Connie said that when the girl saw the healing take place, she was just stunned. That night, she came to Connie, crying, and told her, “Did you see that? No one was there! That could have only been God.” She added, “Dewayne had faith to believe God could heal, and through Dewayne, God healed.” She went on saying things like that for several days afterwards.

Not only was there a healing, but there was also a conversion of heart that happened all because of this little one’s prayers. Hearing the story, I was reminded of the passage from Luke 10, when Jesus rejoiced in the Holy Spirit and said, "I give you praise, Father, Lord of heaven and earth, for although you have hidden these things from the wise and the learned, you have revealed them to the childlike. Yes, Father, such has been your gracious will.”