Praying for Peace in Evansville

After a shooting a few weeks ago and a car chase ending in a wreck that took the lives of 3 people this past week, we spent our Sunday afternoon praying around the block. 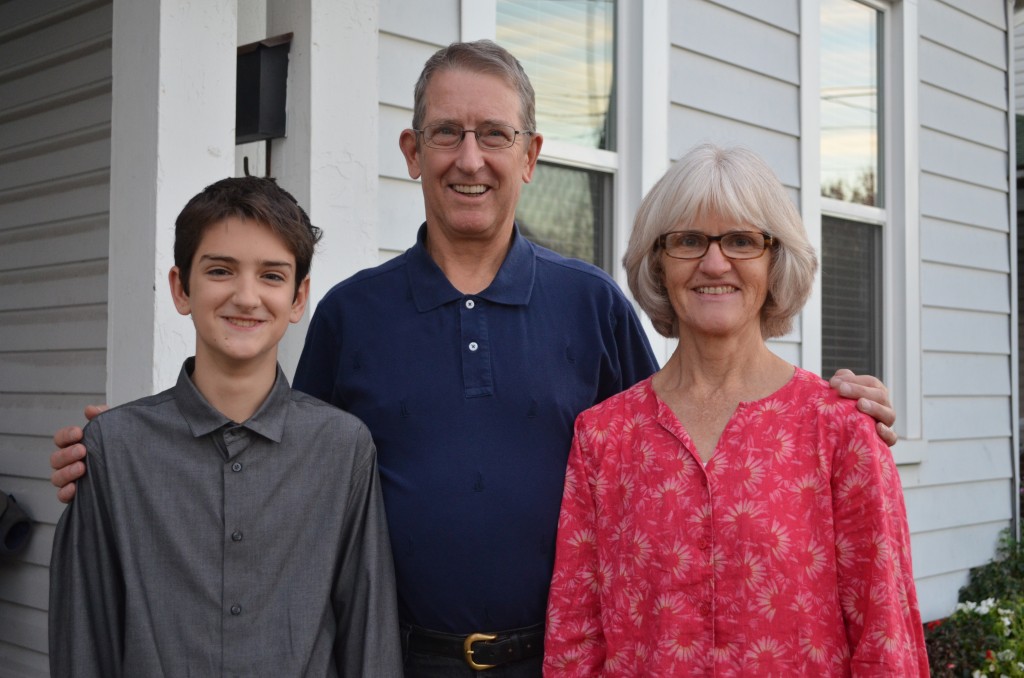 Jeff Brummer admitted he didn’t much like change but in August of 2014, he and his wife Dikka and their then 11 year old son Ben moved from Minnesota to the the south side of Indianapolis.  The Brummers agreed to spend a year serving as  Christians in Mission.  This past summer they agreed to stay on for another two years.  Jeff and Dikka, who recently celebrated their 37th wedding anniversary, moved into a renovated single-family house on the CIM target block.

Jeff said that though he doesn’t think of himself as an evangelist, he has learned how he can make a difference for the CIM team and our neighbors.  He describes how meeting our neighbors and befriending them has become a part of his life.  One neighbor told Jeff, “You’re my friend,” and Jeff smiled widely at the thought.  “I experience a lot of freedom here to be creative,” said Dikka, “and I’m sure we could accomplish a great deal if we had more retired community members join our life in CIM.”

Jeff recently retired from a career as nurse working with a hospice facility.  “I was ready to do something new,” he said.  Dikka saw an opportunity to serve in Indianapolis and after careful consideration and some expert help in plotting out they're retirement plans, they were able to make the move.  The Brummers have two children who live in the area, Hannah, their oldest is a member of CIM and Abby is a nursing student living with the campus people.

Jeff has been kept busy working on projects around the CIM campus and spending time with their neighbors.  He’s recently discovered scrapping, gathering and recycling metals.  “Scrapping is something I can do with our neighbors to help them out and I enjoy it too.”  He’s been available to help on housing renovation projects and by being present on the CIM target block for whatever comes up.  “I’ve never thought of myself as a carpenter, more of a carpenter’s helper, but I’m learning,” he said.

They’re learning how to love their neighbors too.  “I’m praying to love my neighbors and keeping my mind on the Lord helps me to understand our neighbors better,” said Dikka.  She recalled someone’s wise advise that said, “love people as they are and understand the situation as it is."

“It’s a real benefit to have Jeff and Dikka here,” said Abe Olson, CIM coordinator in Indianapolis.  “They’re able to help when needed and are around when people need a hand.  They also have a lot of both life and community experience and that’s helpful for all of us.”