Don't forget about me. 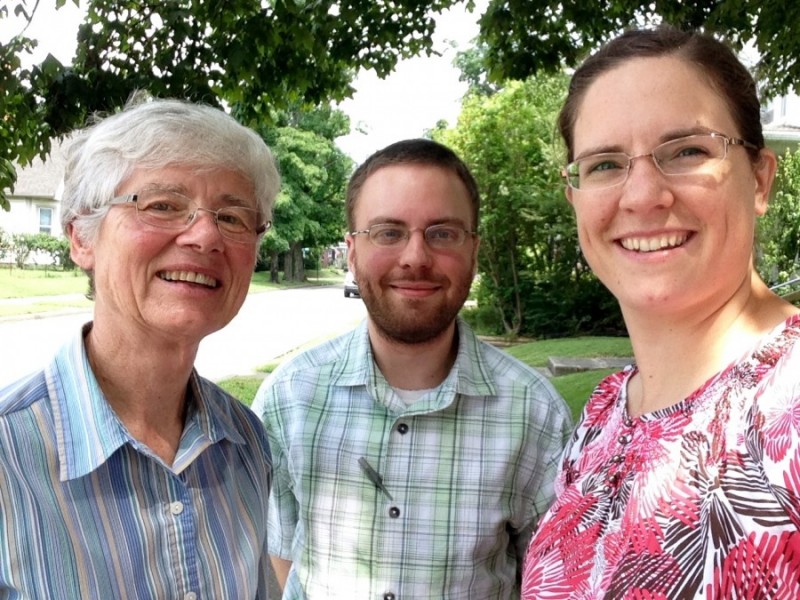 Recently as Laura, Ellen, and I (Evan) were doing new mission, we were moved by a white house. We paused on the porch which smelled of cigarette smoke and asked for a word. We heard the Lord tell us to talk about his abundant mercy, how willing he is to forgive our sins. After we knocked, a woman in her fifties wearing pajamas opened the door. She introduced herself as Suzanne, and after introducing ourselves we gave her the word. She said “I know, I’ve done a lot of things I’m not proud of.” She recognized Ellen from when she lived in a different house a few years ago. “You and a man gave me a bible.” She said it was the point where she started to head back towards the Lord. Since then she’d gotten rid of a lot of sin. We told her about how God is filling people with his Holy Spirit. We shared how it had changed our lives in things like our experience of reading scripture and the ability to hear the Lord. She wanted us to pray with her. Before praying with her, I asked if there was a particular gift of the Spirit she wanted to ask for. She said “I want to do right and live for God.” After we prayed we told her to be on the lookout for the Lord doing new things in her life.

Abby and I went back the next week. We asked if things had been different since we prayed last week. “It’s like a weight has been lifted off me” she said. “And I used to get all worried about things,” she said clenching her fists to demonstrate. “But now I don’t. I’ve got this peace,” she said relaxing her hands. “It used to be like there was a storm inside of me and now it’s peaceful. For years I had this like hole inside of me I couldn’t fill. And that’s gone. For the last several weeks I’ve been crying every day. But that’s stopped since y’all prayed. Now I have this giggly feeling inside. And I used to have terrible nightmares, I’d wake up crying – they were about terrible stuff. And those are gone too.”

We asked her if she’d been experiencing any new desires. “Yes. I want to go to church. And you make think it’s funny but I want to tell people on Facebook about Jesus.” She’d been doing it too. She explained that it’d really been laying on her heart to go out and tell people about what God had done in her life.

At one point I glanced down, trying to pray and think of what to do next in the conversation. She said “you’ve probably noticed me swaying and staying off this foot.” She explained that her son had been lifting weights recently and dropped the barbell just as she walked by. It landed on her left foot. The doctor said it was fractured. Suzanne was tired of medical bills so decided to just stay off it until it got better. We offered to pray and she gladly accepted saying “but you don’t want to put your hands on my ugly foot!” After we prayed Suzanne winced as she tried putting some weight on the foot. “Still hurts” she confirmed. We kept talking, but after a few minutes we noticed that Suzanne was standing with her weight equally on each foot. We asked how her foot was. “It doesn’t hurt at all!” At the end of our conversation Suzanne said “please come back, don’t forget about me.”