Common Life in the Lord 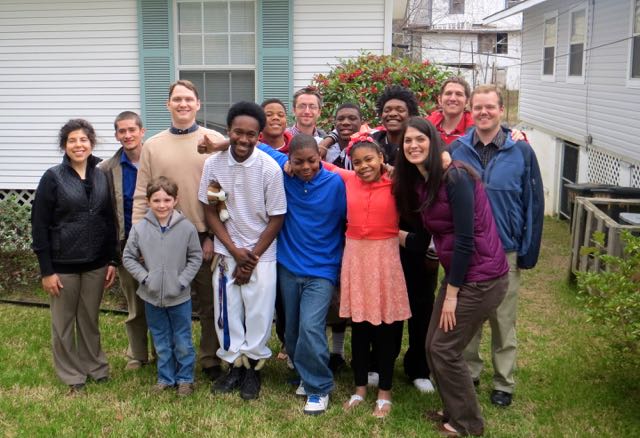 "One thing that’s been on my mind is, what can we do with our neighbors that they want to do with us, so that we can grow a common life together over time?” Said Nathan Barrett. Here’s a good example.

A year ago a mother of four in our neighborhood died of cancer. A few weeks ago, as the anniversary of her passing approached, the four children asked the missionaries if there was something they could do to honor the memory of their mother. When Kevin McShane asked one of the children why he wanted to do the event on Yale Street he said, "This is the place where God lives most.”

On a cloudy Sunday morning the missionaries, some Christian in Mission folks, some friends of the children and the four children gathered on Yale Street to honor their mother. There was punch, chocolate cake, and cupcakes for everyone to enjoy.

Each child took a turn to share about their mom. After the honorings the group went outside each holding a balloon. One of the children led the group in a prayer and they all sang, “There is Power in the Name of Jesus.” Then they released the balloons and silently watched them drift up and out of sight.

"It was a very tangible way that we are building the kingdom here in the neighborhood,” said Brigette Mysliwiec. Joan Pingel added, "I was very moved by the children's reaction when they walked in and saw a group of people with refreshments ready to honor their mother. The kids were really moved by all that was done."

By the grace of God and by our presence, we are building life in common in Allendale.