Trust in the Lord, indeed 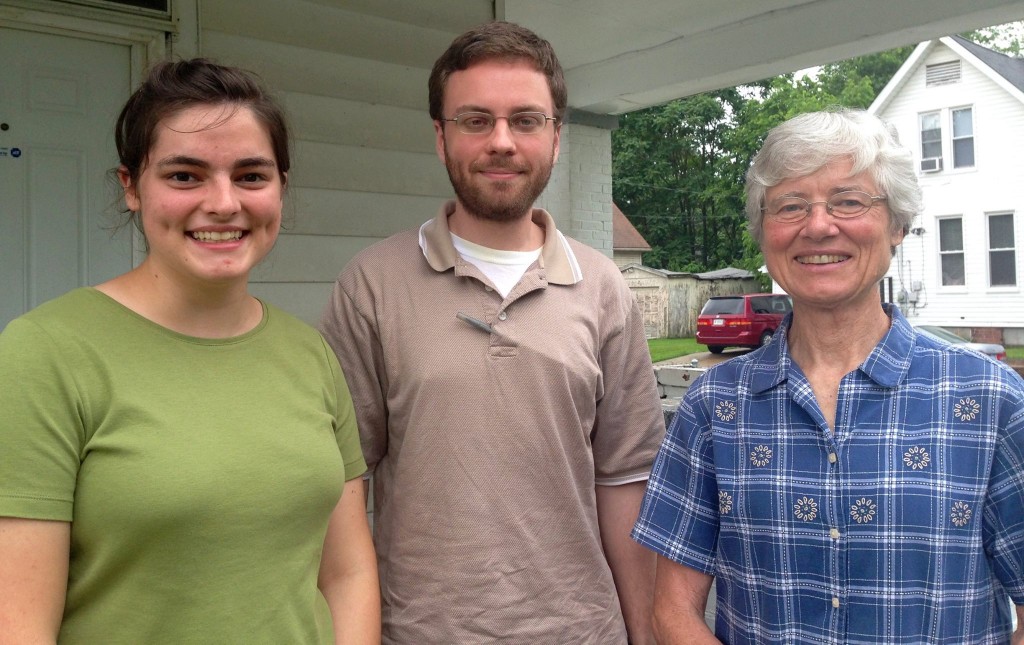 Recently, Ellen, Kaitlyn, and I (Evan) were out doing new mission work. We started the day with several doors that didn’t open. We came up on one porch and heard a dog barking after our knock. I asked the team if any words were coming to mind. A sister had the word, “Trust in the Lord and lean not on your own understanding.” The door opened part way. A man in his sixties with white hair wearing a yellow t-shirt said, “This dog will bite you.” It sounded closer to a threat than a warning. “I wouldn’t want that” I replied. I introduced us and said we were Christians.
“You’re here to talk to me about God?” He asked.“We were praying as we stood here on the porch and we got a word from God. It was, ‘Trust in the Lord and lean not on your own understanding.’”“Well, you’re preaching to the choir,” he said gruffly and closed the door.A team member said, “Lord bless him” as we walked away. We spent the next two hours walking down the street and knocking more doors. We prayed with a Marshallese woman with cataracts in her eyes, we prayed with a woman who’d just had her father’s funeral, and a veteran prayed for our mission. We then decided it was time to head back to the van. As we got close we saw the man in the yellow t-shirt just up ahead mowing his lawn. I waved and did not slow down, intending to walk past. But when he saw us he stopped and turned off his mower.
His yard slopes down to the sidewalk, and the path from his front door ended with two steps at the sidewalk. He walked to the top of the steps. When I was close, he held out his hand to me. Puzzled, I took it and he held out his other hand to Ellen who also took his hand. The three of us were looking up into his face and the western sky behind him was bright with the late afternoon sun. He was trembling. I thought his knees might give out so I held his hand tight. He said in a sob, “I’ve got cancer and I’m going to have an operation and I’m scared.” He got choked up and then added, “let’s pray.” So we did. And then we walked back to the van, amazed and joyful.You could pray for his surgery, he said it’s June 9th.