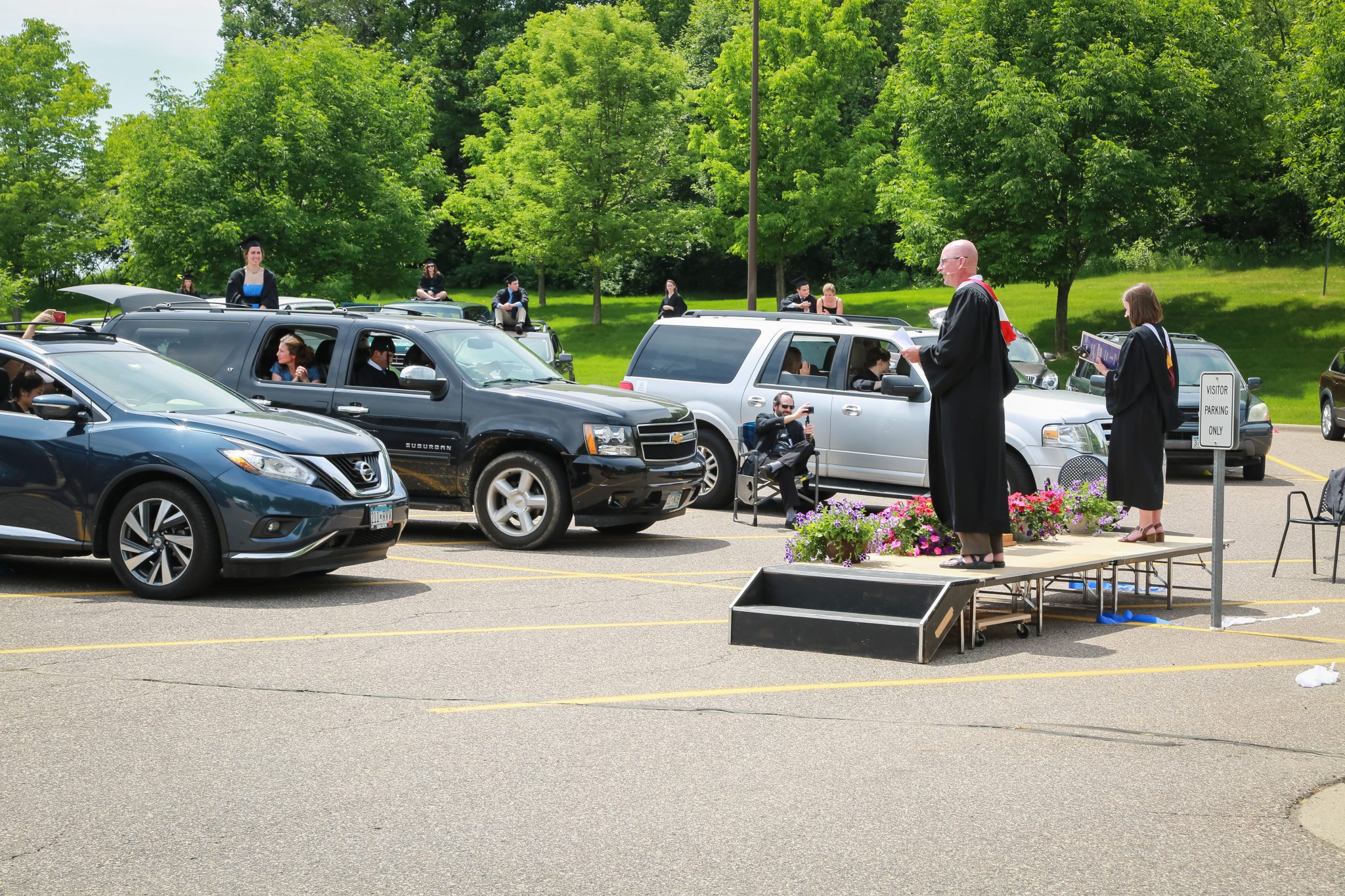 Trinity School at Greenlawn students Jacob (18), Josh (13) and Justin (12) Heintzelman are the first-place winners of the recent Rube Goldberg machine competition held by Trinity Schools, Inc. With their mom, Kristin, operating a camera, their sister Gloria (16) helping set up, and their dad, Eric, offering helpful suggestions, the boys managed to create a remarkably long and complex chain reaction, involving a lego spaceship on a string, dominoes, marbles, trains, a crossbow, a flying hammer, a pinewood derby car and ultimately a cell phone rigged to take a picture of the boys. (You have to see it to believe it!)

The boys ended up taking over a large part of their basement and had to move furniture and other stored items out of the way. Gloria collected books from the Trinity curriculum to stack as supports for different parts of the track. “We did our first full test run on Wednesday night (April 22), but we didn't get very far,” says Jacob. “After our schoolwork on Thursday we went back to work on it and finally got it to work all the way through at 11:30 pm.

“One particularly difficult part to accomplish was getting the car to hit the train. Also, getting to the part where the crowbar fell onto the crossbow and shot the ink cartridge and having it actually hit the target. That took a long time to get right!”

The cross-campus competition is one part of Trinity’s efforts to use the sojourn into distance learning to the students’ benefit. As of early April, the three Trinity campuses began to share an online collection of art, poetry, music, math and science gathered by or created by its own faculty and students. It’s called The Dailies.

“The Dailies is a place where students from all grades at all campuses have the chance to see poems of the day, artwork of the day, works of music, contests, and other enrichment activities. Comments are welcome but not required. There are no assignments. This is learning in its highest, freest and purest sense,” said Jon Balsbaugh, the president of Trinity Schools. Trinity also hosts competitions through the site. The Rube Goldberg machine building contest was the first.

As a prize the Heintzelman boys shared an Amazon gift card and a book entitled How To: Absurd Scientific Advice for Common Real-World Problems. The second competition began yesterday and involves reproducing a famous piece of art.