The Gospel of Mark 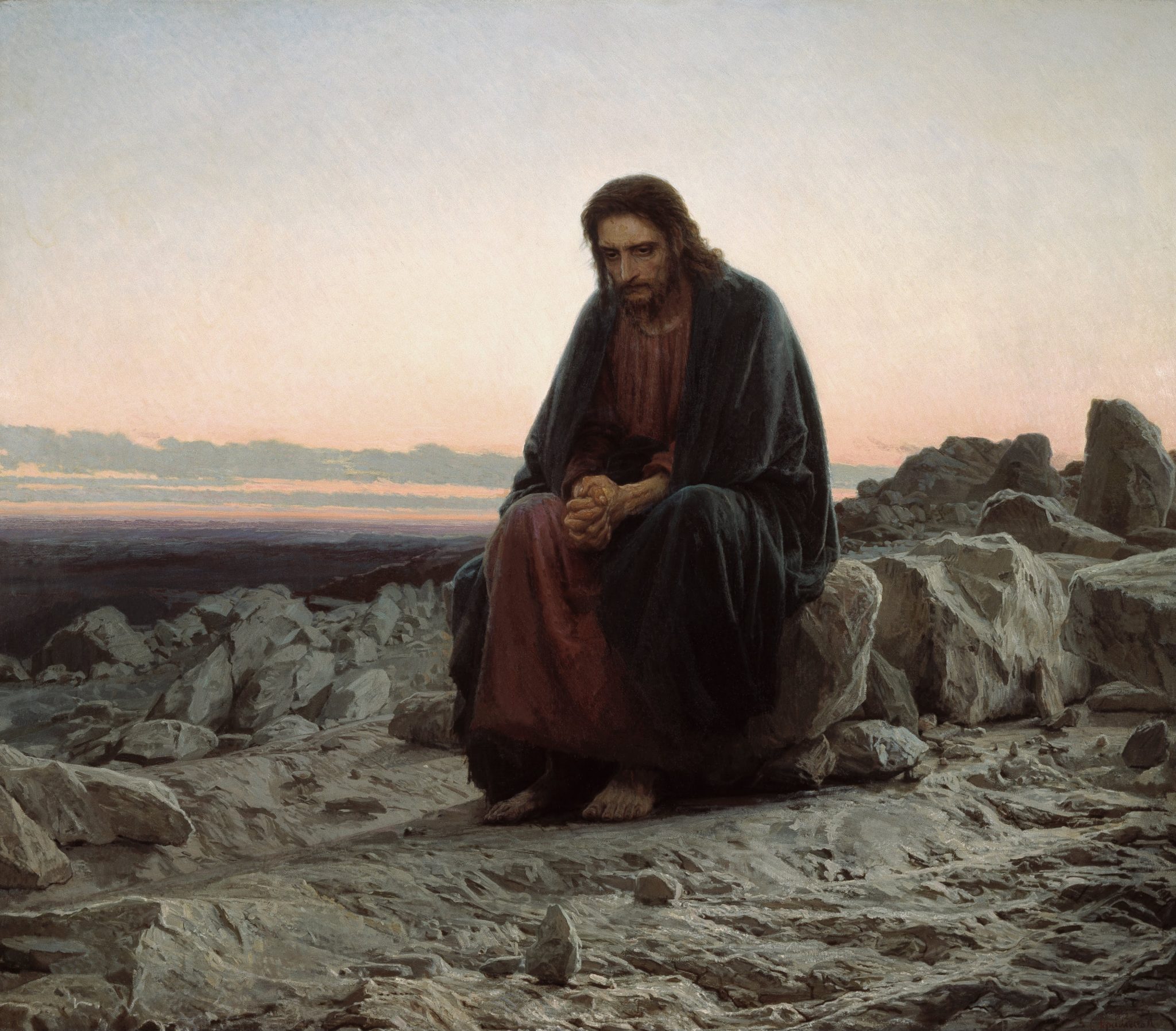 "Christ in the Wilderness" by Ivan Kramskoy

“I’m so tired. Would it be like suicide if I just gave up on treatment?”

The weary, worn-out man looked David Katcher straight in the eye and posed his sad question.

Mark was only 63 but he looked older, sitting in his wheelchair in the Evansville, IN, hospital, wearing an ill-fitting gown, connected to an oxygen tube, and with dialysis scheduled three times a week.

“He was clearly in pain and exhausted most of the time, but he always wanted us to come see him,” Lily Zusi, one of David’s fellow missionaries, recalled.

When Mark asked David about giving up, David immediately had a clear sense that Christ was in Mark, suffering and weeping as he had in the Garden of Gethsemane. He shared this with Mark. Apparently stunned, Mark gasped and fell silent. He took a few minutes to rally himself, then responded with a firm, “I'm not going to despair.”

Later he said, “I’ve decided instead I want to tell people about what God has done for me. But who can I tell when I’m stuck in here?”

The medical technician in the room chimed in. “You can tell me!”

Six months earlier, Mark and his wife had moved into a house about 50 yards from the missionary men’s home. “We began to visit them regularly,” says David. As time went on, they all got to know one another better, and in the summer the missionaries brought them vegetables from their farm.

The missionaries continued to visit Mark weekly when he went into the hospital. Conversation inevitably turned to spiritual matters, and Mark shared his story. He’d been raised in an orphanage run by Jesuits, but hadn’t been to church in years. Still, he wanted to get right with God. Mark said he had come close to death three times. He believed that God had spared him to save him from going to hell.

Now he was hungry for God. The missionaries found out that Mark’s nurse was Pentecostal and that she’d shared her testimony with him.

During one visit Isaac Willard and Lily told Mark about baptism in the Holy Spirit. He wanted it. Isaac and Lily called David, who joined them in prayer over the phone.

On one of their later visits, Mark said he wasn’t sure if baptism in the Holy Spirit had had any impact on his life. David reminded him that the morning after he’d been prayed with Mark had convinced his nurse to take him down to the hospital chapel to pray, and he’d had a real conversation with God for the first time in a decade. David told him it sounded as if the Holy Spirit was indeed at work in him.

It was after yet another unsuccessful attempt to leave the hospital that Mark had asked David about quitting his treatment. His wife had moved to be with her daughter in Nashville, due to her own bad health, and Mark was discouraged. David’s words about Christ grieving in him made a real difference to Mark.

One day, Mark admitted that he was holding a grudge against a granddaughter who had stolen money from him and his wife to buy drugs. He couldn't bring himself to forgive her. David asked him, “Mark, if you die without being reconciled with her, what do you think of that situation?” He acknowledged it would be a big mistake, and in a phone call his wife agreed. So Mark reconciled with his granddaughter.

The next day, on February 17, he died.  “I miss him,” David said. "He became a good friend. It’s like losing a family member. He gives me hope for the resurrection. I look forward to seeing him again.”