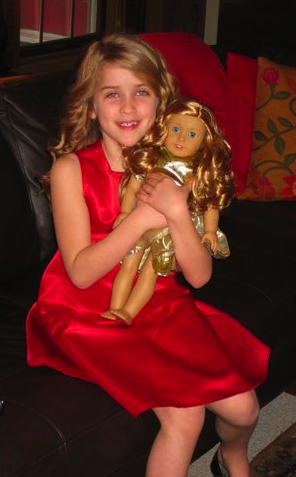 Two years ago, we reported the story of Veronica Linczer, daughter of Ron and Anne Linczer (South Bend), who was born with a cleft palate. When Veronica was three, doctors recommended a surgery to graft bone from her hip into her jaw, so that a permanent tooth would be able to grow at the site of the cleft. After many prayers, however, the cleft closed on its own and a baby tooth emerged, surprising specialists at an Indianapolis children’s hospital and making the surgery unnecessary.

Veronica is now seven, and last February Anne took her to see an orthodontist, her first visit to see him in three years, since before the healing. Anne was excited about the appointment, anticipating that new X-rays would be compared to older X-rays, giving her an opportunity to talk about the healing. Anne says she was “giddy with anticipation.”

She began by telling the doctor all about Veronica’s healing. She says the orthodontist responded reservedly, suspending judgment until after an exam and fresh X-rays. First he examined Veronica’s mouth. He said that he could see a space where a baby tooth had fallen out and he wondered if an adult tooth would be coming in. Then he took X-rays.

When he brought the new X-rays in, the doctor was excited. “He kept saying that it was a miracle,” Anne recalls. “He said that there was a 100% certainty that no tooth would come through a cleft, but he could see an adult tooth coming in where the baby tooth had been.”

The adult tooth had turned sideways, meaning some orthodontic work will be needed in the future.

“It was great to share about a miracle like that in a doctor’s office and to see documentation with X-rays,” Anne says. “I want to give God the glory!”